Darts Australia would like to congratulate Kyle Anderson on winning the PDC New Zealand Masters along with Corey Cadby runner up.

Kyle was coached under the Darts Australia Accredited coaching program as a junior in West Australia. He progressed to Represent Australia in both the Juniors and Senior ranks.

It is without a doubt that the DA Coaching Program has been instrumental in giving these Players as former Juniors a great basis to continue to such a high standard of achievement in their chosen sport regardless of where their career takes them in the World of Darts.

Darts Australia wishes Kyle, Corey and Simon continued success on the World stage, you have been great ambassadors for the Sport of darts in Australia . 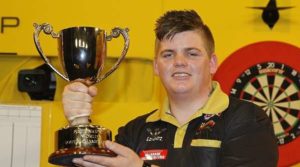