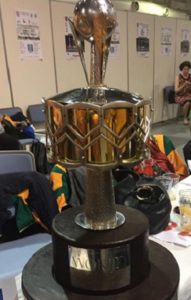 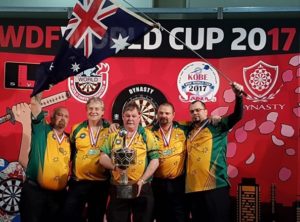 Lead by a very proud Captain Rod Bessell the Team of Raymond Smith Justin Thompson Peter Machin and Andrew Townes played their way into the Mens Teams Event Final where they took on the USA and outclassed them to win the coveted Trophy. A Very historic achievement for Darts Australia and one to be remembered for many years to come . 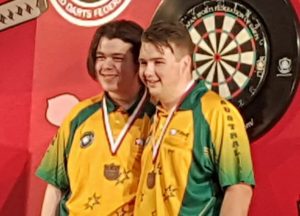 Our Teams had a very Successful time overall with Colby Dodge and Jack Killin taking out the Bronze Medal in the boys Pairs a great win against some tough competition . With the girls not  winning a medal they certainly acquitted themselves very well .Captained by Mark Edwards who was delighted by the way they played during the competition .

Our Ladies also were successful in taking out the Bronze in Ladies Teams event. Another top effort by Corinne Hammond .Tori Kewish. Natalie Carter , and Janine Cassar with Captain Lee-Anne Faulkner . 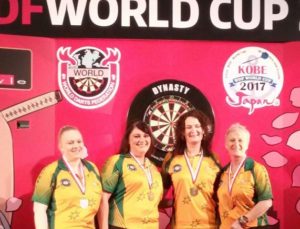 Raymond Smith played himself into the Singles Final only to be beaten by an inform Jeff Smith from Canada . Well done Raymond another top one, taking out the Silver Medal at the World Cup 2017. 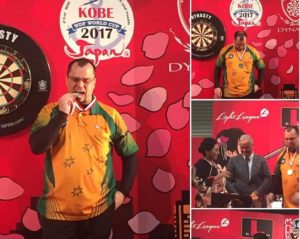 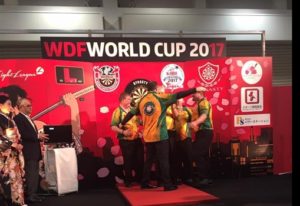 With continued reports being posted on DA Facebook and the live stream coverage it was certainly easier for everyone to keep up with the Results in real time . Thanks to our Captains for their great posts on Facebook and also to everyone who followed and supported our Teams .